• A launch event to celebrate the new partnership takes place at Somerset House, London February 28. The event is hosted during Collect, the international art fair for modern craft and design organised by the Crafts Council

Michelangelo Foundation for Creativity and Craftsmanship are delighted to announce their partnership with Heritage Crafts Association (HCA) to bring the Red List of Endangered Crafts in the United Kingdom to a European level.

The new partnership launches with a presentation at Somerset House, London, on February 28 2020. The launch of the Red List has been organised to coincide with the international art fair for modern craft and design, Collect which opens at Somerset House and runs from February 27 – March 1 2020.

The Michelangelo Foundation offers its partnership to support the Red List project that is in alignment with the foundation’s missions to promote, preserve, and perpetuate craftsmanship as well as in keeping with its signature project, the bi-annual Homo Faber exhibition which spotlights the work of exceptional contemporary European master artisans.

The partnership between the two organisations aims to build collective awareness of the threats facing traditional heritage craftsmanship and to seek new and innovative ways to usher endangered crafts safely into the future, ensuring the continuity of practices and the adaptation of crafts to meet contemporary demands.

To celebrate the partnership the Michelangelo Foundation has commissioned and produced with Swiss Film maker Thibault Vallotton, three short films that highlight three British singular talents who are pursuing crafts in the UK that are classified as endangered. The films give an intimate insight into the worlds of these treasured British artisanal talents who are striving to uphold their cherished skills.

Artisan Kate Hetherington - ©Andrew Hobbs One of the films is part of a new series, featuring 12 exceptional craftspeople from across all of Europe which will be unveiled in an exhibition entitled Singular Talents – The Red List at the second edition of Homo Faber: Crafting a more human future. The specially commissioned films draw back the curtain on these treasurable master artisans and their unique or rare professions.

The HCA Red List of Endangered Crafts, provides a vital research methodology, identifying and classifying endangered crafts in the United Kingdom. It assesses the viability of such crafts and categorises those most at risk of disappearing. The Michelangelo Foundation, instructed by the grassroots-led bottom-up research methodology of the Heritage Crafts Association enlists the engagement of its wide network of European members to extend the Red List of Endangered Crafts to a European level. By drawing on the expertise of organisations involved in their specific local communities, the foundation hopes the initiative has a far-reaching impact, successfully identifying and classifying endangered crafts across Europe. In turn, this facilitates the mapping of European crafts considered to be at risk of disappearing.

Michelangelo Foundation for Creativity and Craftsmanship is an international non-profit organisation based in Geneva, Switzerland, which was set up to celebrate and preserve master craftsmanship around the world and strengthen its connection to design. Rooted in a tradition of culture and excellence and in the realities and challenges of today’s global economy, the foundation aims to support those who dedicate themselves to the pursuit of master craftsmanship and to foster a new cultural movement built around the values that are essential for their work. The Foundation focuses on Europe as a starting point for its activities, in recognition that craftsmanship has been a vital part of the economic and cultural fabric of the region for centuries, providing both a rich heritage and a competitive advantage in a global world. michelangelofoundation.org

Heritage Crafts Association is an independent charity advocating on behalf of traditional heritage crafts, founded in 2009 by a small group of makers and those interested in craft. Working in partnership with government and key agencies, it provides a focus for craftspeople, groups, societies and guilds, as well as individuals who care about the loss of traditional crafts skills, and works towards a healthy and sustainable framework for the future. It aims to support and promote heritage crafts as a fundamental part of our living heritage.

The HCA Red List of Endangered Crafts created by the Heritage Crafts Association, was the first to rank traditional crafts in the UK by the likelihood they would survive the next generation. The 2019 edition of the Red List assessed 212 crafts to identify those that are at greatest risk of disappearing, of which four have been classified as extinct, 36 as critically endangered, 70 as endangered and 102 as currently viable. The Red List shows that the craft knowledge, skills and practices that form an important part of our shared cultural heritage are – for a number of reasons – at risk of being lost. The HCA believes that these cultural assets are as important as unique heritage buildings and ancient beautiful landscapes and could provide future generations with fantastic opportunities to enrich their lives and the lives of others.

Thibault Vallotton is a Swiss film producer born in 1987, he studied cinema at L’ECAL, Lausanne, where he came into contact with inspiring figures and learnt the basics of film production. He discovered the world of the applied arts through his work with Michelangelo Foundation for Creativity and Craftsmanship. His series of 12 artisan portraits commissioned for Homo Faber 2018 is shortlisted by The International Film Festival for Fine Craft (FIFMA). Thibault approaches artisan profiles with a documentary style, inspired by the work of Errol Morris, Frederick Wiseman and Chantal Akerman.

Kate Hetherington is a harness and collar maker from Dulverton, Somerset. Kate handcrafts premium quality English leather collars and harnesses, specialising in made to measure carriage-driving harnesses. Kate has been practising her craft for over 17 years, using traditional methods and designs passed onto her during an apprenticeship with master collar and harness maker John McDonald. In 2013, Kate won the Worshipful Company of Coach and Coach Harness Makers Award. Kate is a certified saddler and holds her BDS carriage driving tests.

David A Smith MBE from Torquay in Devon, is world-renowned for his high quality reverse glass lettering and artistry – which encompasses all the skills historically done by an array of craftspeople, including design, lettering, acid etching, brilliant cutting, silvering and angel gilding – having revived many of these skills from the point of extinction in the UK. He has had many high-profile commissions in the UK and abroad, including John Meyer, Sony Music, the Victoria & Albert Museum and Disney.

Derek and Timothy Staines are the engineers behind the design and manufacture of some of the world’s most beautiful modern handmade orreries. The father and son team design and handcraft these scientific instruments in their workshop as commissioned pieces. Originally, toolmakers from London, they have recently relocated to Mundford, Norfolk. Inscribed onto the work their mark remains. Staines & Son, Fecit, London. 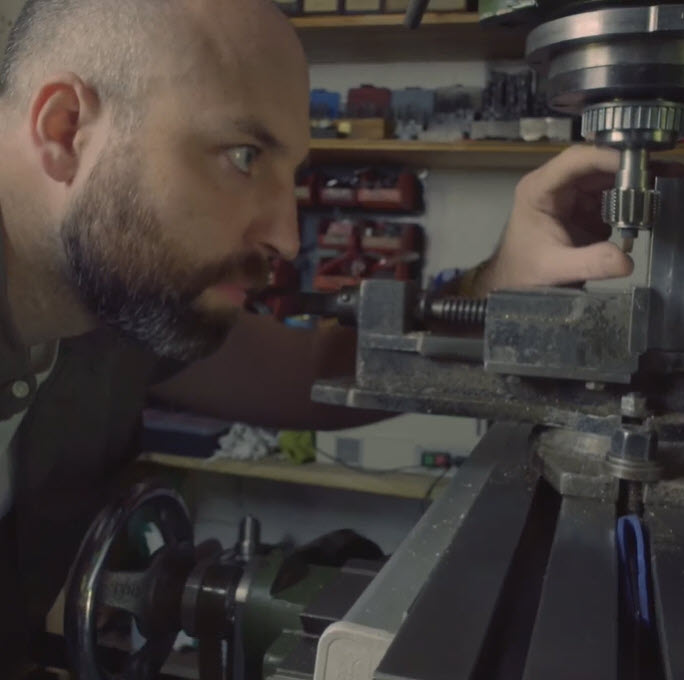 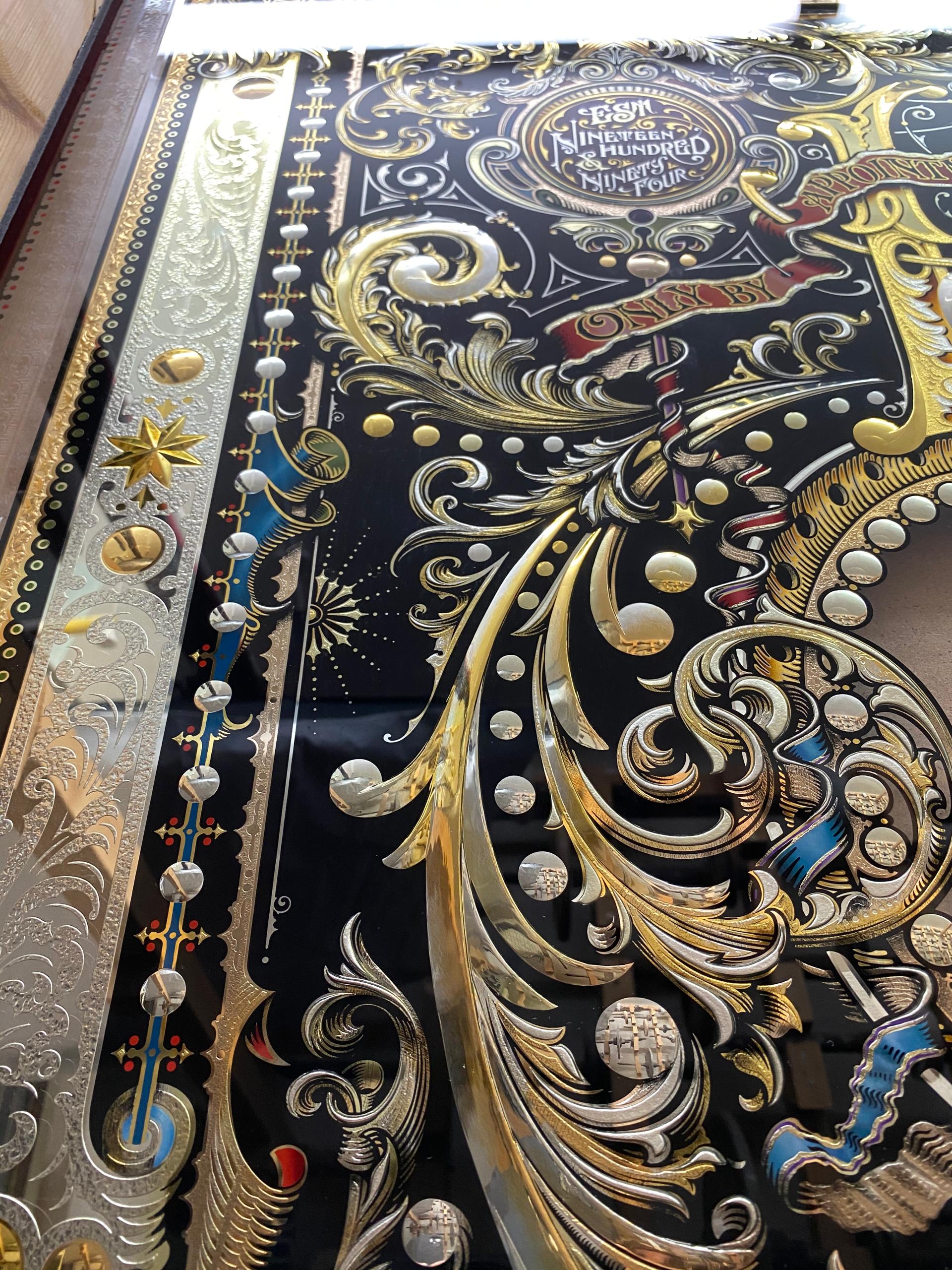 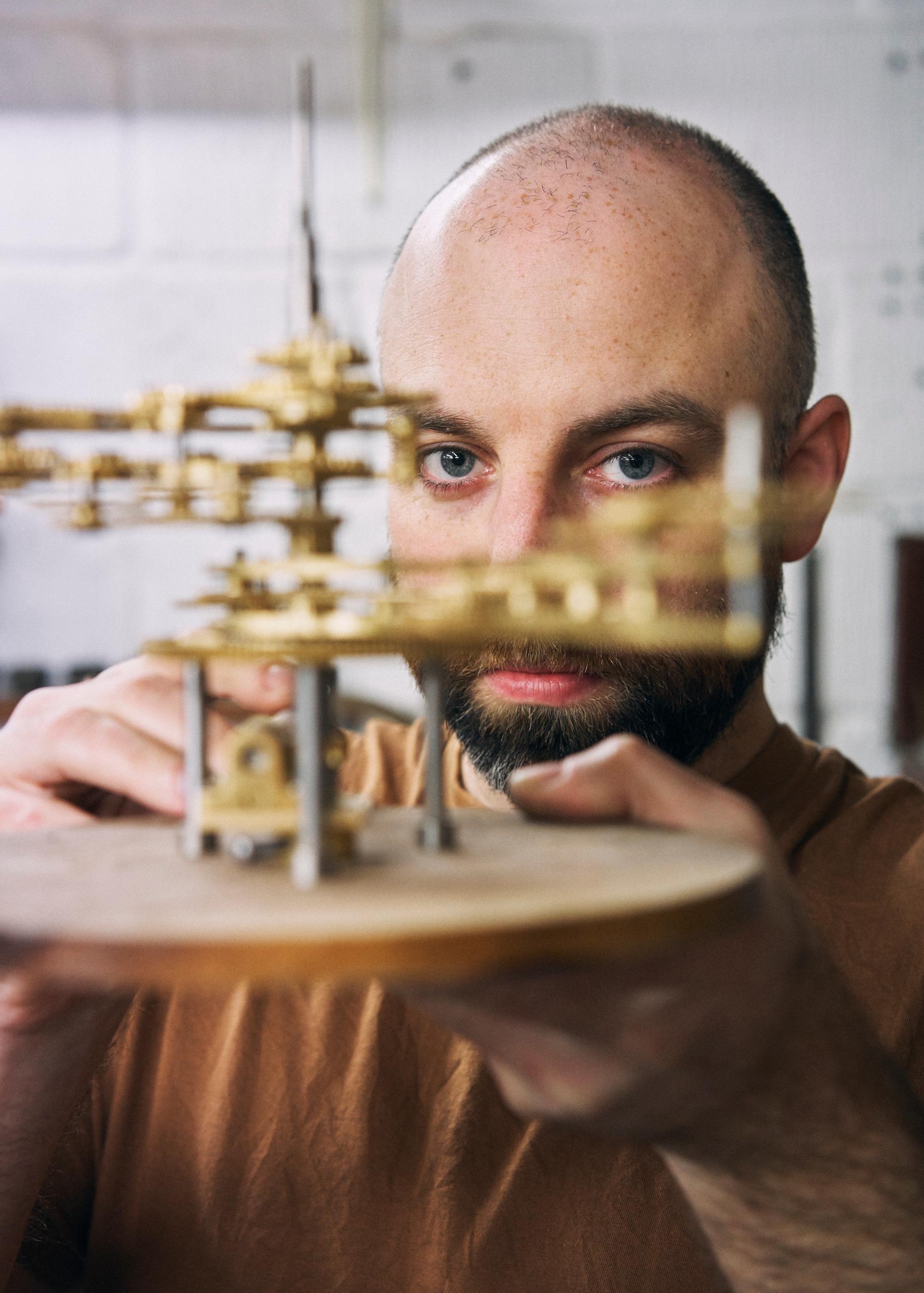 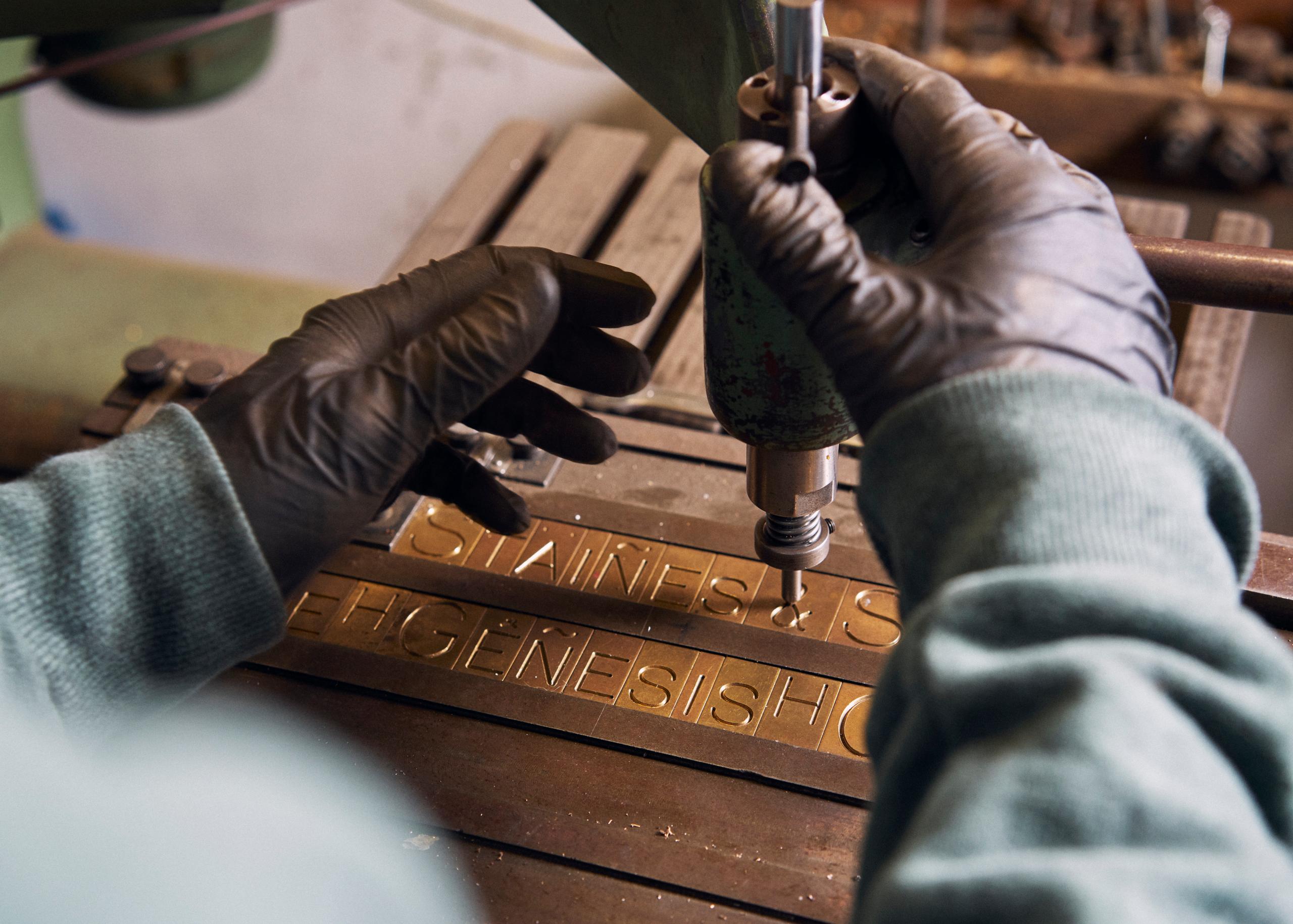 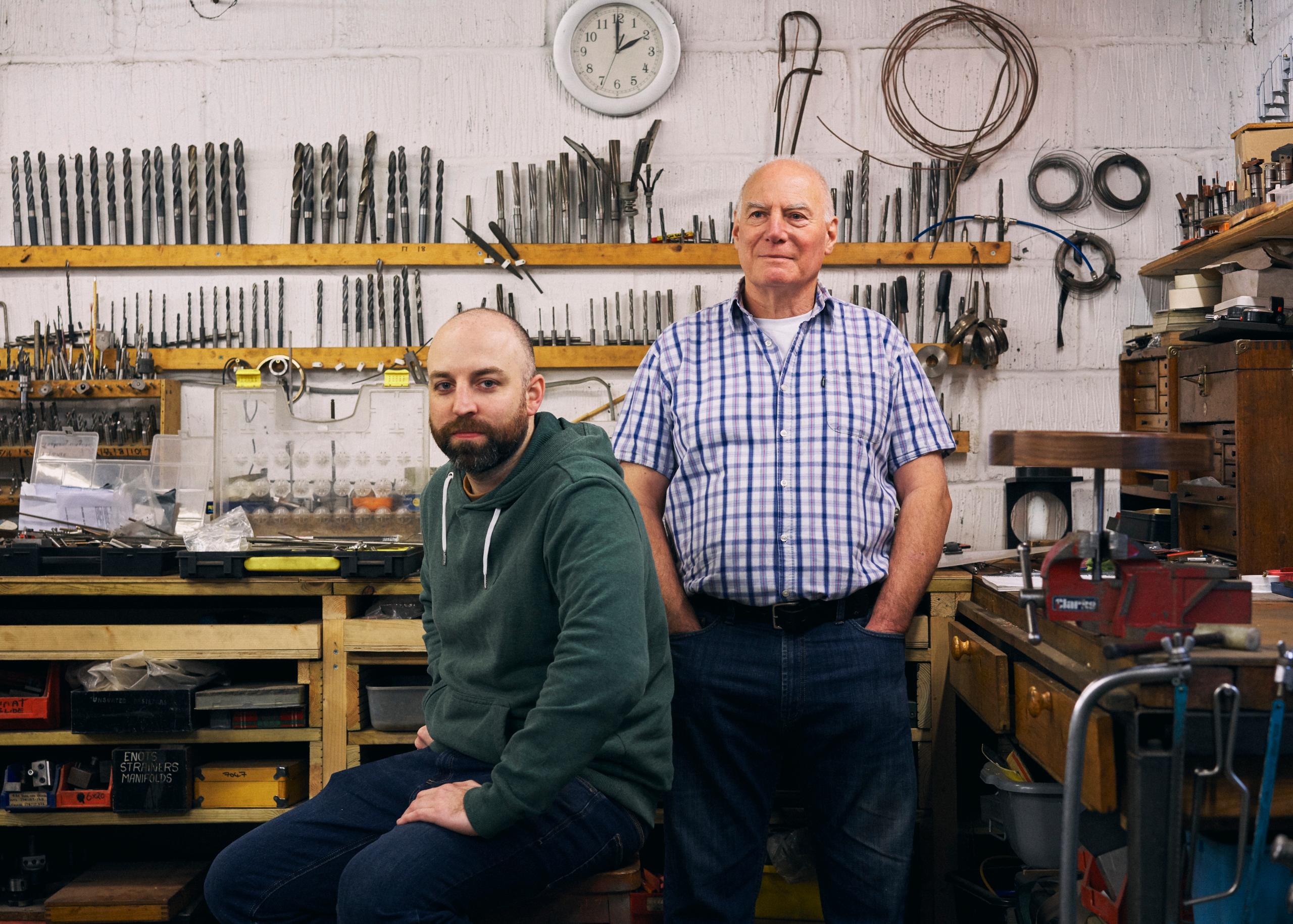 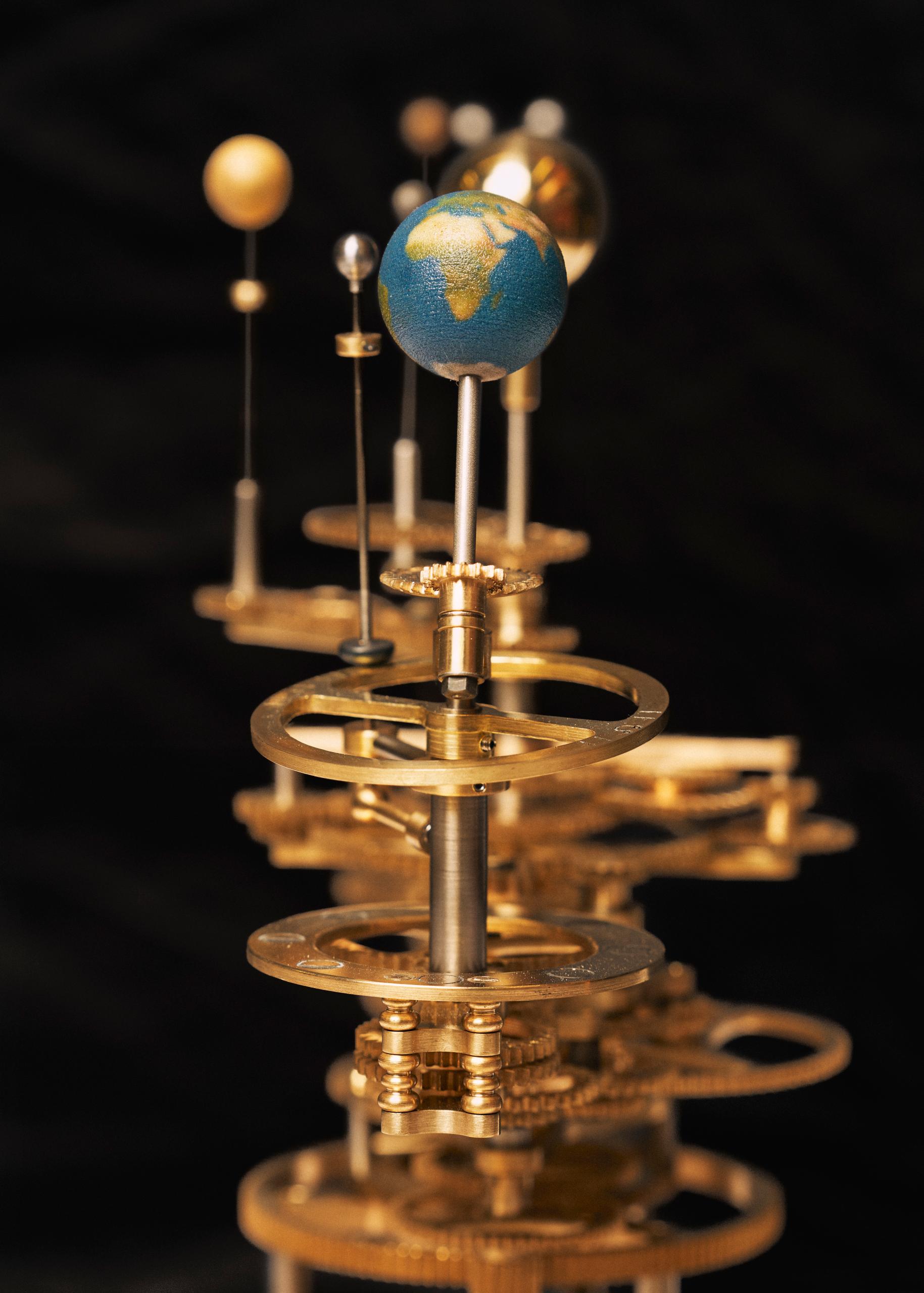 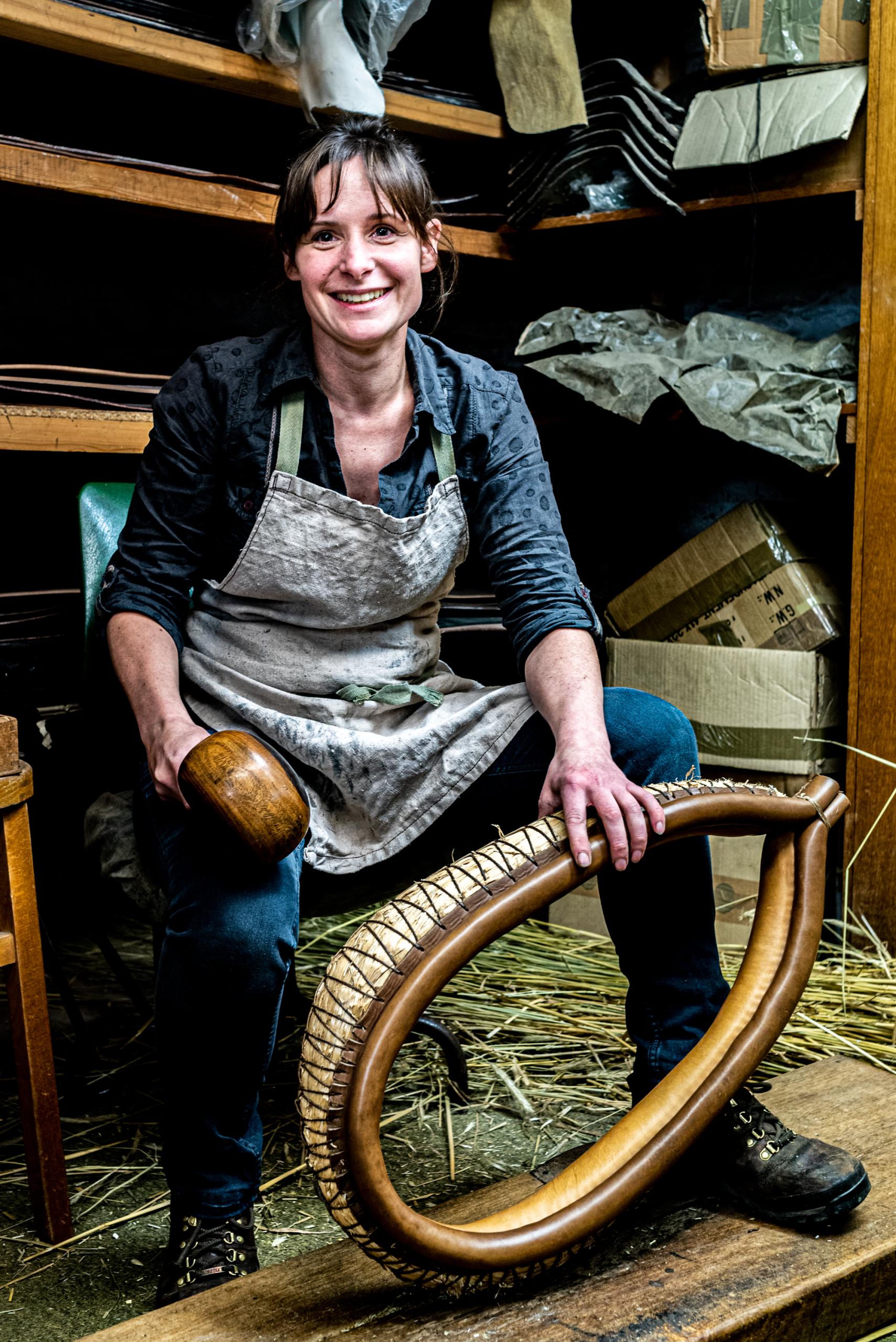 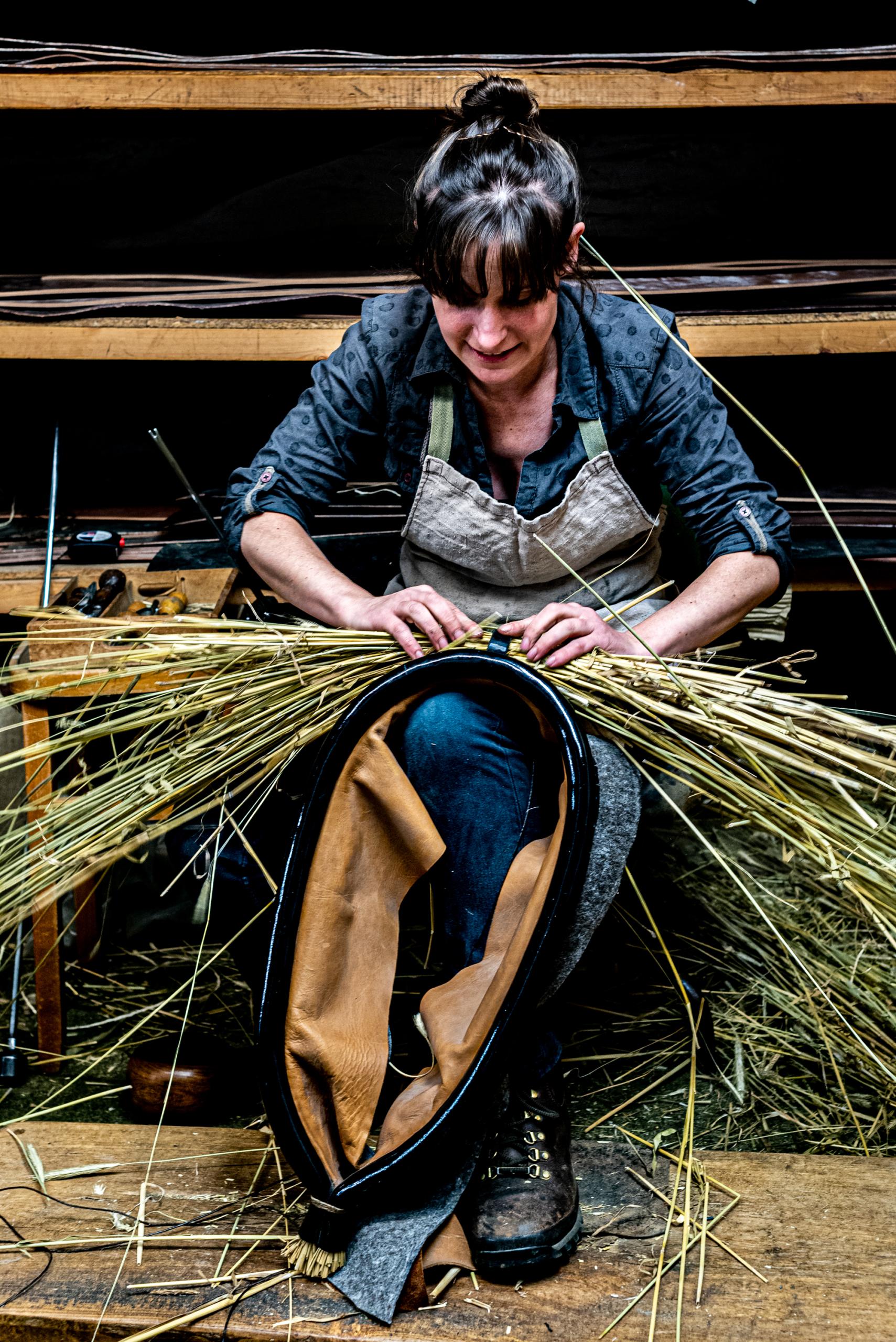 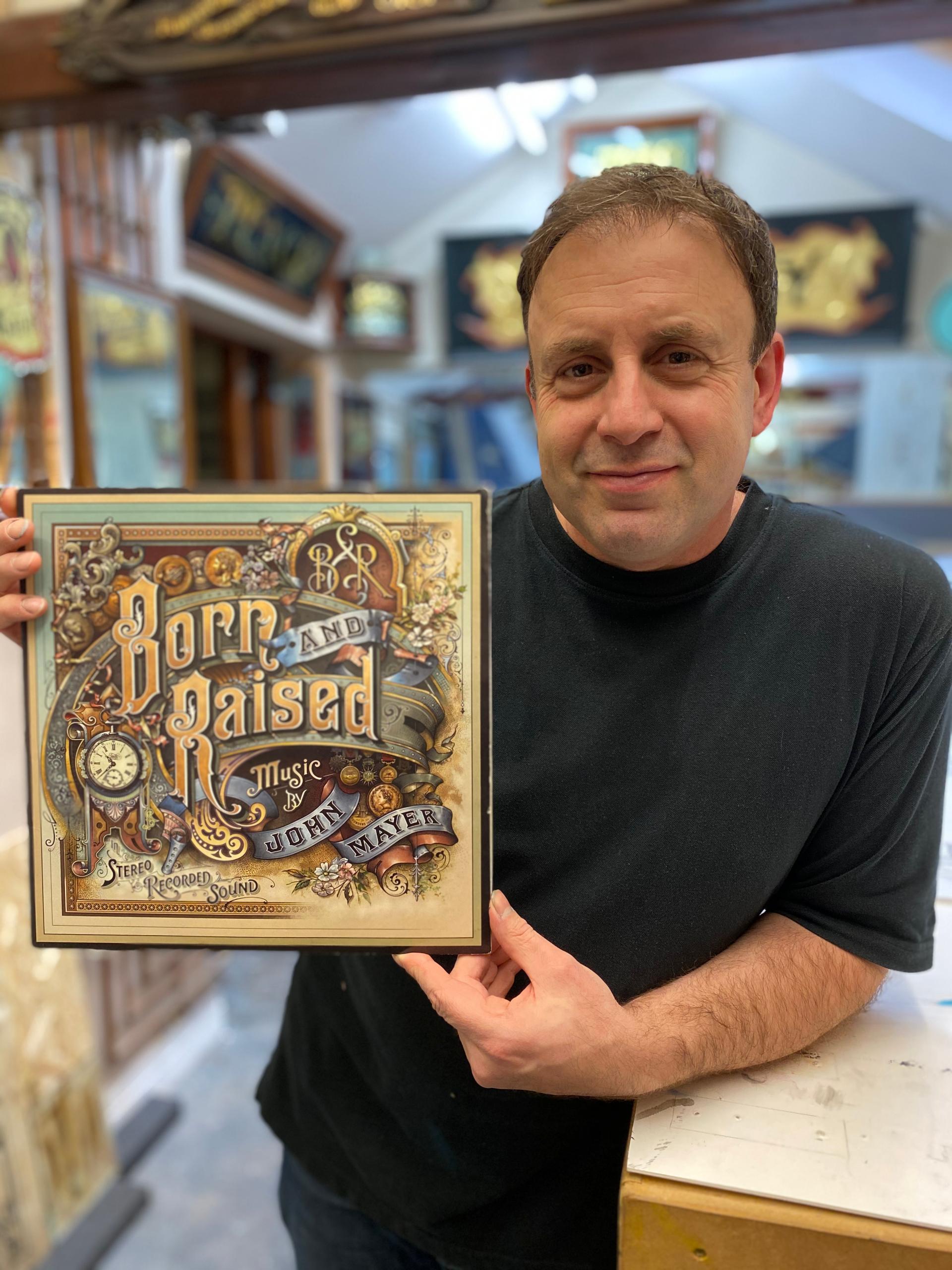